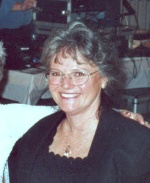 Jean Baptist PONTON
Sex: M
Birth: 30 Dec 1822 in Marieville, Rouville, Providence of Quebec, Canada
Death: in Central Falls, Rhode Island 1
Note: The shortage of desirable land in Quebec became acute during the nineteenth century. (They were farmers.) Between 1784 and 1844, Quebec's population increased by about 400 %, while its total area of agricultural acreage rose only by 275 %. (our ancestors emigrated in 1852). About 900,000 French Canadian emigrated to the United States, while about half eventually returning to Canada. When individuals left, assets have to be liquidated, often at a loss. Many material possessions have to be left behind. The emotional loss was great. To migrate often means to leave behind beloved family. For most small farmers in Canada, credit, was difficult to obtain. Farming was often so unprofitable many would have to spend most of the year working in the timber trade. Timbering was the only major employers in many region. Timber companies paid their employees with company scrip, and lent money at very high interest rates. (They thus controlled the retail and purchasing price for goods, services, manpower and credit.) The result was near monopolies that could have a virtual stranglehold over their region, notably, through debt. Poverty, overpopulation, debt and infertile soils pushed French Canadians off their land. The clerical elite frequently misidentified the reasons for migration laying the blame on the laziness of the emigrant.,"Laissez-les partir, c'est la racaille qui s'en va" [let them go, it's the riff-raff that are leaving]. As patterns of emigration began to fill certain American towns with French Canadians, neighborhoods were called " Little Canadas " and life in them was predominantly French and Catholic. Franco-Americans could often speak French to their priest, grocer or doctor. (Many of their priests were French sent from Quebec. While low paying factory work or other forms of employment, may have seemed miserable to some, it was a dream come true for many emigrants who had lived under far harsher conditions on Quebec farms. American life was, for many emigrants, especially in the 19th century, had helped them learn of the wonders of electricity, running water, a steady paycheck. In the United States, wars gave rise to a wave of patriotism not exempt from racism. In short, anyone who was not a white Anglo-Saxon Protestant was suspect, and what was demanded was nothing less than one hundred percent Americanism. Now when asked whether the use of French in these home is on the rise or on the decline, it was stated that it was on the decline. Around here I know of no family that speaks French in the home any more. I feel the most pressing issue was the loss of unique traditions. Many of the adults know nothing of their heritages. It is true rural families were never completely self-sufficient and brought cloth, clothing, alcohol, tea and coffee, salt, tools, home furnishings and kitchenware. But this is the story of our ancestors, to the best of my knowledge.

I've now got that copy of the marriage cert of my Jean-B Ponton to his first wife Asilda Dame. The parents are indeed Jean-B Ponton sr. and Anasthasie Fournier. If you read French, let me know and I'll just send a scan of the original. If you don't read French, I'll include an English translation with it. Just tell me which one you need.

An interesting point. The two witnesses on behalf of the groom are "Jean-Baptiste Ponton, father of the groom" and "Augustin C****** Ponton, brother of the groom." (handwritting is illegible for Augustin's middle name). Have you heard of this Augustin fellow? Also have new data in from the Am. Fr. Family History Soc. in Woonsocket, Rhode Island. Listed are the marriages of several children of Jean Baptiste Ponton & Anasthasie Fournier. These are:

One thing to remember here. Central Falls, Rhode Island, didn't exist as a separate city until the 1890's. Prior to that, one portion of what is now Central Falls was actually part of the town of Lincoln, Rhode Island. The other portion was part of the city of Pawtucket, Rhode Island. During the late 19th century, the state government decided to take those areas and consolidate them into a new city (I presume due to population density). Hence, even though you might see "Lincoln" listed as the place of marriage, more than likely this was in a section of that town, which was later reorganized into the city of Central Falls. And that record would now be found in the Central Falls city hall rather than the Lincoln town hall. Also, where you see "Central Falls" listed prior to 1890, it's officially Lincoln then, but again the record for that section would reside currently with the Central Falls city hall. Are we confused yet?

Children of Jean Baptist PONTON and Anasthasie FOURNIER are: