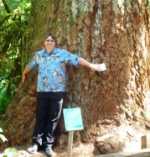 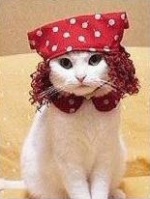 JOURNAL
OF
COLONEL JOHN WINSLOW
OF THE
PROVINCIAL TROOPS,
WHILE ENGAGED IN REMOVING THE
Acadian French Inhabitants from Grand Pre,
AND THE NEIGHBOURING SETTLEMENTS,

TRANSCRIBED FROM THE ORIGINAL MANUSCRIPT JOURNAL, IN THE
LIBRARY OF THE HISTORICAL SOCIETY OF MASSACHUSETTS, BY
PERMISSION OF THE SOCIETY, IN MARCH, 1880, UNDER
THE DIRECTION OF THE RECORD COMMISSION.

MAY IT PLEASE YOUR EXCELLENCY, —
I Embarqued on the 16th at Chignecto, on the 16th Instant with 313 men, officers Included, having with me Capts. Adams, Hobbs & Osgood in three Vessels bound for Forte Edward, at Piziquid, where we the next Day arived, and I Found there a memorandum Sent by Col. Lawrance, which Directed me to take up my Quarters at Mines, whereupon on the next tide I came Down that River and Entered into the River Gaspereau, where we Landed. have taken up my Quarters between the Church & Chapel yard, haveing the Prest House for my own accomodation and the Church for a Place of Arms am Picquetting in my Camp to Prevent a Supprise Exspect to be Joyned with 200 men more Soon, as to the Inhabitants Commonly Cald the Nutrals ...
http://gov.ns.ca/nsarm/virtual/deportation/archives.asp?Number=NSHSIII&Page=71&Language=French